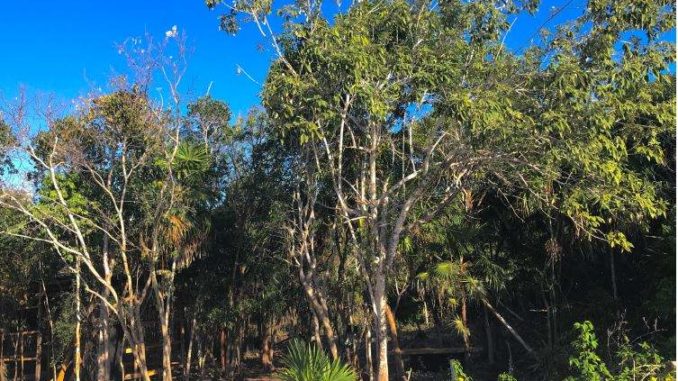 Gestation Period for the Asian and African elephant = 19 – 22 months.

Gestation Period for the average house build in Mexico = who knows?

Gestation Period for my Mexican Elephant (aka: the house) = Just under 22 months and no longer counting!

Well, it happened. Labor has begun! After 1 year, 9 months, and 10 days of gestation, my baby elephant is about to be born. Construction on the house has finally started! (Insert angels singing “Hallelujah” here)

Why did it take so long? Where I’m from, the great White North, major delays in construction are not unheard of, they’re just rare. The issues that occurred on my Mexico house stem from a series of missteps and oversights, plus one gargantuan screw-up by a third party which resulted in a stream of bureaucratic nightmares. One governmental agency after another had requirements that determined whether anything would ever be built on this land, and with no real communication network between agencies, one delay after another was created, each requiring heaps of paperwork and numerous signatures from every official imaginable.  All of which the developer handled. It felt like meandering through a corn maze that grew larger and more complicated at every turn, and I wasn’t even the one doing the meandering.

On the borderline to losing my sanity with this build, I finally received word that the ever elusive Construction License, hereafter called the “Golden Ticket”, had been granted, just a mere 20 months after signing the contract. A due date was eminent! No matter how stubborn the system, labor was about to be induced. My baby elephant is going to be born after all! Then a friend said to me, “It’s been two years, but it going to start. Nothing could go wrong now.” I agreed. Nothing serious enough could shut down a construction site indefinitely! Wait for it … Enter Covid-19 and a Global Pandemic! 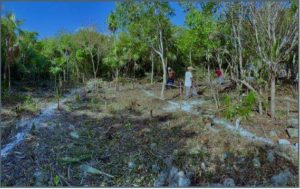 Mid-March the first half of the Golden Ticket was received allowing the developer access to the development to clear the land. As I write this, the second half of the license is “out for printing and awaiting signatures”, normally an 8 week process from the time paperwork and payment is received. Given the Pandemic situation however, the municipality offices are partially shutdown, directors are no longer at work  (which is a good thing because we need that social distancing), but it means that the second half of the license will be delayed even further.  What does that mean for the build? I am not sure.

Let’s continue on a happy note, shall we! Fast forward to the day clearing was to begin: Tuesday, March 17. I arrive, and there it was – men with machetes busy at work clearing the lot in preparation for the birth. I consider this “the first shovel going in” because something is actually taking place. 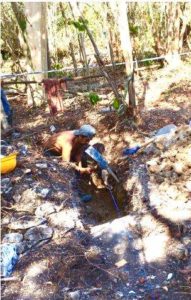 Within the week, surveyors had staked out the foundation of the house, pool, and casita. The following week, workers were erecting the quarters for the two workers who will remain on site 24/7 to guard the property and protect tools and supplies.

From my experience building three homes in Canada, one typically sees *men working, but also a whole lot of equipment and machinery. In Mexico however, human labor is less expensive than machinery, so the entire home will be built from the ground up using men and hand tools for the most part. There is something very authentic about humans building a home by hand, and I will never look at home construction the same again. Simply amazing!

On the day these photos were taken, several men were using pick-axes to dig out the 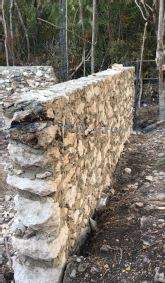 trench where the foundation will go. With about a dozen workers busy at their jobs, the site was dead quiet except for the sound of tools hitting rock, the ocean roaring in the 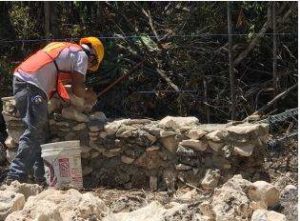 background, and the birds singing and flitting about the trees. It was oddly serene!

My last visit to the sight I witnessed a dozen workers sorting through large rocks, picking what they wanted, hauling them on their shoulders to their work area, using hand tools to shape and size them, and then manually creating the foundation walls, which by the way, are perfectly straight and level. How they do it, I have no idea.