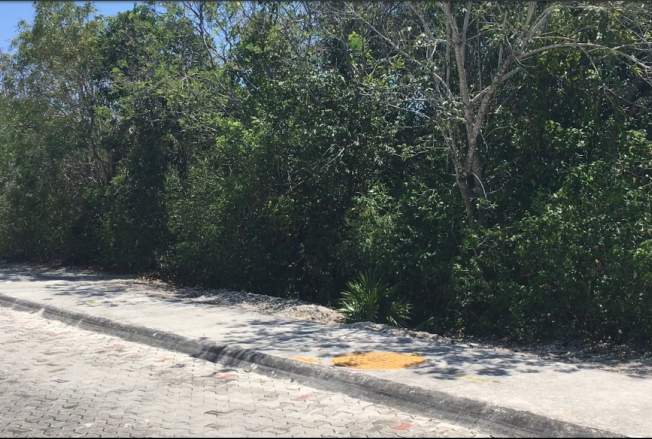 The Asian and African elephant have gestation periods of almost 19-22 months respectively, and are the mammals with the longest pregnancy, followed by the Sperm Whale at 18 months. “An interesting fact”, I thought, found with a quick online search. I was not researching elephants, or sperm whales for that matter, when I came upon these gestation periods. Rather, I was merely trying to find an analogy as to what the gestation period of getting a house built in Mexico could possibly equate to in the living world.

What I found was elephants and sperm whales.

The house I am building here in the beautiful Riviera Maya has a gestation period of a baby elephant. Clearly, the Mexican Elephant is an elusive creature, rarely revealing itself. Even on my lot, pictured above, I have yet to catch a glimpse. It makes one ponder: now that the gestation period is over, and labour is about to begin, is the birthing process going be as dramatic, or fraught with as much insecurity, as the birth of a baby elephant in the wild?

The process of building a home in Mexico is not an easy one; this fact I think we can all agree upon. Anyone who thinks otherwise has never built here or has a magician’s wand up their … sleeve.  Those that have not encountered problems, and I know of exactly one person who can honestly say that to be true, is an anomaly.

My experience with building homes is limited to three homes in Canada through reputable developers.  To be fair, one cannot begin to compare the construction processes when the apples and oranges analogy is more like comparing kumquats and potatoes. One basic reason for this is the obvious differences in climate and therefore construction materials required in these different locales. Of course, there are many other reasons as well: available trades, permit and license acquisition, and a whole host of other legal, and otherwise, practices that make building here a mammoth of a task.

The difficulties I have encountered up until now throughout this gestation period is not what I will be talking about in this series of articles. Instead, I am going to focus on the build itself – my build – from the time the first shovel goes in the ground. So instead of making comparisons, I want to provide you with a personal perspective on what my build involves whether it turns out to be good, bad, easy, hard, laborious, or done and over with in one monumental push. Labour is labour after all, and in view of the fact this baby elephant is long overdue, one way or another the birth has to begin soon!

So far, just under 21 months gestation on my baby elephant. The clock continues until the first shovel goes in!