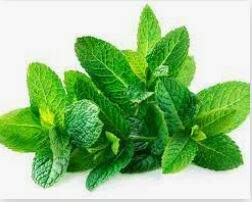 Mint is the name for over a dozen plant species, including peppermint and spearmint that belong to the genus Mentha.  Mint is a popular ingredient found in teas, alcoholic drinks, sauces, salads and desserts.  Although there are health benefits to eating mint, several of its benefits come from applying it to the skin, inhaling its aroma, or taking it as a capsule.

Mint contains a fair amount of nutrients such as vitamin A that is critical for eye health and night vision and antioxidants which help protect your body from oxidative stress.

Menthol, a compound found in peppermint oil is thought to have a relaxing effect on the muscles of the digestive tract, which is believed to help alleviate symptoms of irritable bowel syndrome, a common digestive tract disorder characterized by stomach pain, gas, bloating and changes in bowel habits.

Food sitting in the stomach for too long before passing through the rest of the digestive system may cause indigestion.  Studies have shown that, when peppermint oil is taken with meals, food passes through the stomach more quickly which may relive symptoms of indigestion.  One clinical study has shown that taking a combination of peppermint oil and caraway oil capsules with meals has similar effects to medications used to treat indigestion and helps improve stomach pain and other digestive symptoms.

Although mint is an easy, delicious and healthy addition to many foods and beverages, research in its health benefits was mainly done using mint taken in capsules, applied to the skin or inhaled via aromatherapy.