Things I Don’t Want To Find In My Bed

I cannot say I am terrified of all creepy-crawly things, but I am afraid of creepy-crawlies in the jungle. I moved from a place free of most, but not all, slithery, scaly, scary-winged things, to one with an abundance of insects and amphibians of every order and species. Now, let me be clear, my “homeland” has many creepy-crawly things too, but because I am familiar with them, having grown up with them in my consciousness, somehow makes them less scary, less threatening. We all know that biologically diverse environments operate in perfect, if not almost perfect, harmony. Typically, these environments manage on their own with no human interference; yet, we also know that any human interference would likely throw that balance completely off kilter, resulting in some ecological disaster or another. This is the profound effect we have on the delicate balance between humans and the creepy-crawlies I so wish to avoid finding in my bed at night. Especially, the ones I fear the most: snakes, spiders, scorpions, mosquitoes, tarantulas, locusts, moths, aphids, stink bugs, and anything else that flies, lands on me, and wants to bite, sting, or burrow.

One might ask, what crawly things does that leave that I actually like? Frogs, butterflies, stick-bugs (not stink-bugs), praying mantis, iguanas, most lizards, and house geckos. Okay, so I’ve taken some liberty with the term creepy-crawlies, but I’m classifying everything that slithers in the category of “things I don’t want to find nesting in my clean sheets”.

How have I dealt with this threat to my nightly existence? Well, I have at my disposal an arsenal of first grade weaponry. The kind of soldiers any army, of any country, might give up it’s wealth of resources to employ: fur-babies. Yup, three gatos and two mighty, ferocious perros. For my non-Spanish speaking friends, that’s three cats and two dogs. 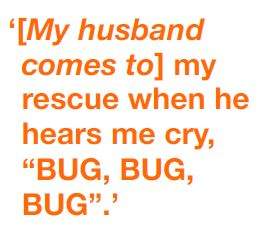 No bug can go undetected in this house, not without having my army alerting me to their invasion. The problem is, however, my fur-baby army tend to lose interest and walk away, fall asleep, or are ushered to safety by my motherly instincts. This is when I call in the Superhero-Bug-Killer: my husband! He is usually armed with one of four, wildly effective weapons: a large kitchen utensil, a hat, a book, or a thong (no, not that kind; the kind worn on the feet). It took us three months to find a fly swatter, and 1st I’m not sure if the term “fly swatter” is universal, as even autocorrect wants to change it as I type this. However, no matter the store I searched, or the clerk I asked, in Spanish or English, I could not find a fly-swatter if my life depended on it. Thank goodness for Amazon México. Once I figured out the address to our rental, which took several failed attempts at deliveries, we finally received our much anticipated shipment: a six-pack of pastel colored fly-swatters. It was delightful! When I held that first swatter in my hand, I felt something I haven’t felt for a long time – a feeling of control over my world, like I was the master of my domain, where no creature shall pass without my awareness or permission. Never more would I be scrambling to find something to kill that 6” spider we found the second night of arriving here. No more would a hat seem woefully insufficient to murder that 5” black scorpion we found in the stairwell last week. No longer would my current novel of choice be used to squash a stink-bug, only to be gassed out by a horrible stench upon dying. Never again would my $5 Walmart thongs be used to crush the army of ants relocating through my house to their next command post.

Please don’t think we are family of murderous monsters wielding weapons to rid the world of potential bedfellows. We have rescued quite a few in the process as well, but mostly the ones I am not afraid of. The stick-bug and the praying mantis were two of my favorite rescues. Somehow stuck on the second floor terrace, which is devoid of food, water, or shrubbery for camouflage, each required my help, or so I believed. The tree frogs that migrated out of the trees, were given ample space from the barrage of cat paws and dog tongues clamoring to get a taste. The house geckos and small lizards were allowed to roam freely inside, mostly because they keep the spider, aphid, and mosquito population down in the house, but also because they discovered that traveling in high places, out of fur-baby reach, guaranteed them safe passage. The iguana that frequented the hibiscus bush in our tiny yard before we moved in, learned very quickly to avoid our space, when after swimming in our dipping pool one morning and sunning himself on the lower terrace, was cornered by two Maltese pups while the cats ran for safety. My husband freed him from captivity, caused by our make-shift temporary fencing meant to keep our furry-friends in, but he was so scared, he literally pooped himself before he fled. And, of course, I cannot forget the gorgeous butterfly that flitted into the house one sunny afternoon, narrowly missing three sets of cat paws trying to down it’s flight; this one I saved by encouraging it gently into my cupped hands and delivering it to a hibiscus blossom where it could overcome the shock, safe and sound.

Despite the number if critters that I’ve encountered in the house, I don’t think I will panic as much as I did in the first few months living here. And most assuredly, I will encounter more! The difference is, along with a hat, book, kitchen utensil, or thong (the foot kind), as weapons, I also have my trusty pastel colored fly swatters. And don’t forget my fur-baby army, and of course my husband, who will always come to my rescue when he hears me cry, “BUG, BUG, BUG”. He is my super-bug killing hero!

In case you were wondering, I still do check my bed every night! And you should too!

Update: Out of my mouth came the words “SNAKE, SNAKE, SNAKE” in a voice that sounded unworldly. It was all I could utter, as a 4’ long lime green snake tried to escape the white paws of my 12 year old Himalayan gato. He slithered through the aluminum louvres that formed the storage door of an outdoor counter. ‘Oh no,” the thought emerged, “How the [insert expletive] are we going to get it out of there?” A dead sprint out the terrace doors and I had Ballou in my arms and quickly got him into the condo (the cat, not the snake), as my husband opened the storage door with a broom handle. ‘We seriously need a sword” I thought, knowing my husband’s replica 15th Century  swords were still sitting in our shipment in a storage unit in Merida. We peered in the cupboard, moved each item very carefully aside, but no snake. ‘Had I imagined it?”, the thought no sooner entered my mind when the words came out of my husband’s mouth in a slightly sarcastic manner that I was definitely not in the mood for, “Are you sure you saw a snake?”. I won’t repeat what I said to him after that! Use your imagination. We never saw the snake again, but I looked it up online and am pretty certain it was a harmless Parrot Snake that probably fell out of a tree, and unfortunately into our yard. It does not matter to me that he, or she, was harmless. It is the slithery, slimy part that gives me the heebie-jeebies. I am also pretty sure heebie-jeebies is not a word, but in this instance, it fits! 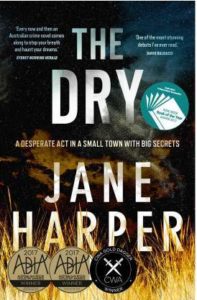 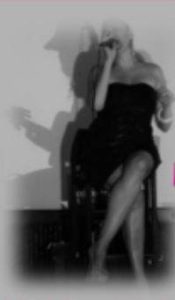 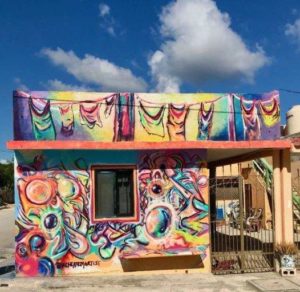 The Monday Mornings By Donations Tour is a gift to the community. Joan Crowe will lead the walk that begins at 10:00 on the dot from the Akumal Pueblo water tower, across from the first green turtle.   The tour lasts about 2 hours. Fifty per cent of the contributions will [......]
Feb
25
Tue
7:30 pm Luís Araluce on Guitar
Luís Araluce on Guitar
Feb 25 @ 7:30 pm 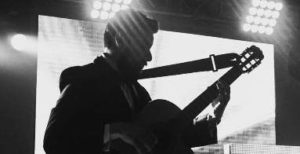 Luís Araluce will be playing at Lol Ha Restaurant on Tuesdays beginning at 7:00pm.  Reservations are recommended.
View Calendar