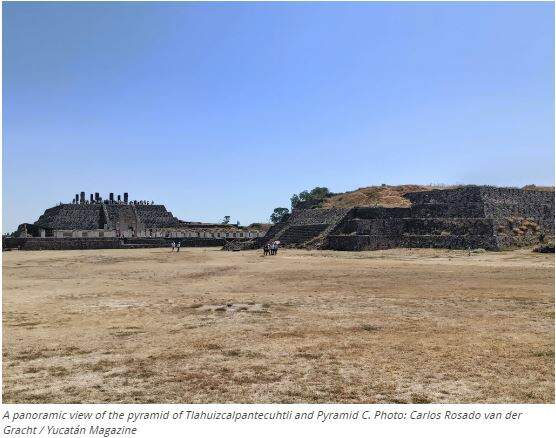 Better known as Tula, Tollan-Xicocotitlan was the capital city of the Toltec state in the post-classic period. Before the rise of Tenochtitlan and after the fall of Teotihuacán, Tula was arguably the most powerful city in the Valley of Mexico.

On a flat-top pyramid are the four massive warrior sculptures known as the Atlantes de Tula. These column-like sculptures are nearly 16′ tall and all depict the mythical warrior, Tlahuizcalpantecuhtli, also known as the morning star, a manifestation of the feathered serpent deity known as Quetzalcóatl. The nearly identical figures show him wearing ceremonial armor including a butterfly chest plate, as well as weapons such as a knife and darts.

Aside from the archaeological site itself, the grounds of the Tula National Park itself are quite impressive and full of fascinating flora and fauna.

If you are planning to visit Tula on a day trip from Mexico City, make your way to CDMX’s Estación Norte.  Buses to Tula de Allende leave roughly every hour and cost 150 pesos.  The entrance fee is 65 pesos and the site is open from 8 a.m. to 5 p.m., Monday through Saturday.  On Sunday, admittance is free for Mexican nationals and foreign residents with ID. 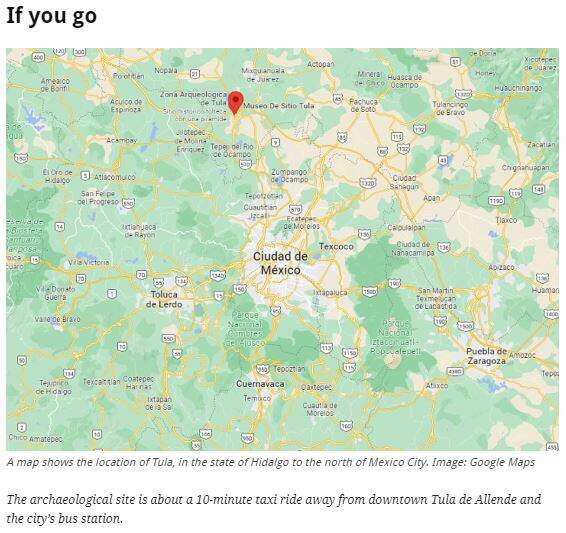