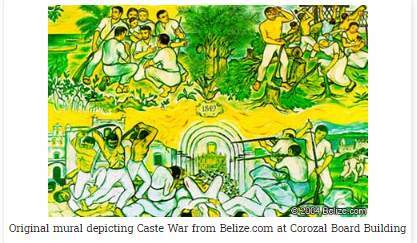 Living in the land of the Maya one takes for granted the solemn undercurrent of a revered, majestic culture that built pyramids, developed the concept of zero, and for centuries, quietly held their ground against the Spanish when their Aztec cousins had succumbed to The Conquest in a heartbeat.

While sunbathing on endless white sand beaches, snorkeling off the Great Meso-America Reef or simply kicking back to enjoy Mexico’s gracious hospitality, it’s easy to forget to whom one owes allegiance in Quintana Roo. But just beneath the surface of a postcard perfect existence lies a Yucatán tale that isn’t much talked about but has set the tone for the past century: the Caste War of Yucatán.

When cultures collide, history requires a winner and a loser. But in Quintana Roo after the Caste War, which began in 1847 and ended first in 1901 and again in 1935 with a half-hearted truce, it’s difficult to determine who won the battle and which side lost the war. 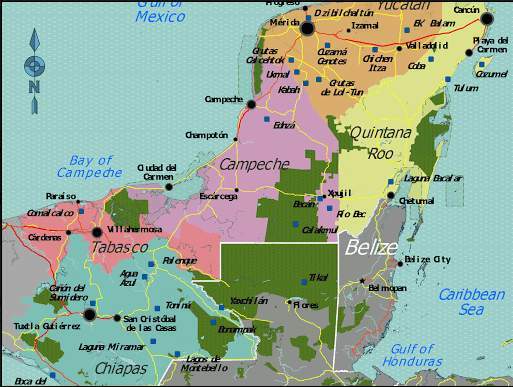 From 1847 until the 1930s, the Caste War made it impossible for a light-skinned person to walk into the eastern Yucatán or the territory of Quintana Roo and come out alive. This was a place where only indigenous Maya could safely roam. Anyone with light skin was killed on sight. What caused the fierceness of this Maya uprising that lasted nearly a century?

No single element alone instigated the rebellion, but as in most revolutions, a long dominated underclass was finally pushed to its limits by an overbearing ruling class that had performed intolerable deeds. Indentured servitude, land grabbing, and restrictive water rights were but a few issues that pushed the Maya into full-fledged revolt against their Yucatan overlords.

MEXICAN WAR AND THE MAYA

The history of the Caste War, not unlike Mexico’s dramatic history, is complicated. Mexico’s successful break with Spain led to changes in the Yucatán government, including arming the Maya to help fight the Mexican war against the US in Texas. Maya numbers were needed to assure victory. Armed with rifles and machetes, this tactic backfired in Valladolid, considered the most elitist and race conscious city in the Yucatán.

After a decade of skirmishes, in 1847, when the newly armed Maya heard one of their leaders had been put to death by firing squad, a long simmering rebellion broke out into full-fledged battle. The Maya rose up and marched on Valladolid, hacking 85 to death by machete, burning, raping, and pillaging along the way. 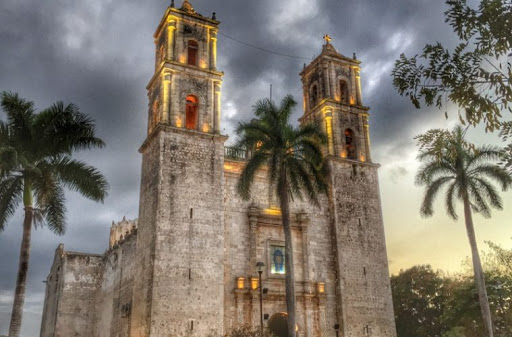 Merida braced itself, sure to be the next staging ground for what was fast becoming a race war. In retaliation for the Valladolid massacre, Yucatecans descended on the ranch of a Maya leader and raped a 12-year old indigenous girl. With this affront, eight Maya tribes joined forces and drove the entire white population of Yucatán to Merida, burning houses and pillaging as they went. So fierce was the slaughter that anyone who was not of Maya descent prepared to evacuate Merida and the peninsula by boat.

But just as the Maya tribes approached Merida, sure of victory, fate intervened when great clouds of winged ants appeared in the sky. With this first sign of rain coming, the Maya knew it was time to begin planting. They laid down their machetes against the pleadings of their chiefs and headed home to their milpas (cornfields). It was time to plant corn—a thing as simple and ancient as that.

In 1848 the Yucatecans staged a comback, killed Maya leaders, and reunified. But as the Maya harvested corn planted in hidden fields, they kept fighting, relying on guerrilla tactics to preserve the only life they knew.

Throughout it all, the Maya were pushed to the eastern and southern regions of the Yucatán Peninsula and Quintana Roo, as far south as Bacalar. Mexico slowly gained control over the Yucatán, but rebel Maya held firmly onto QRoo, using Chan Santa Cruz (Felipe Carrillo Puerto) as their base.

Tired from years of struggle, the Maya regained confidence from an unlikely source: a talking cross found deep in the jungle near a cenote.

CHURCH OF THE SPEAKING CROSS 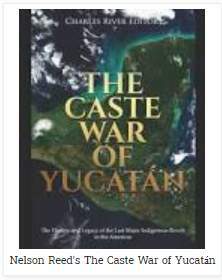 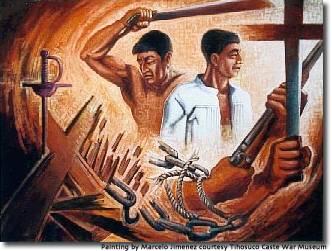 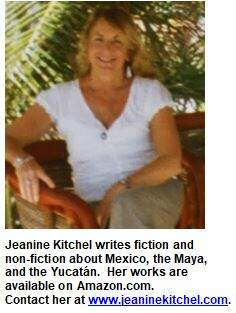