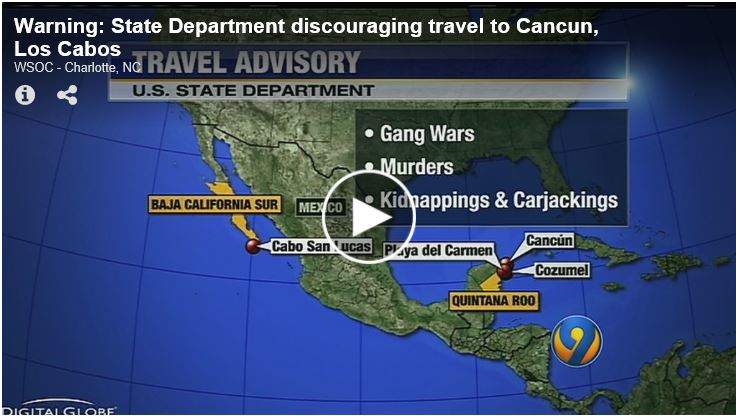 But why not hear from actual citizens who actually visit Los Cabos and Cancún.

♦ As an avid traveler, I try to keep up to date on world events and am always looking for interesting places to visit. My husband and I fell in love with Akumal 13 years ago when happenstance brought us there for the day while saying at the all-inclusive Moon Palace in Cancún. I sat having lunch at La Buena Vida and realized that I had found that special tropical 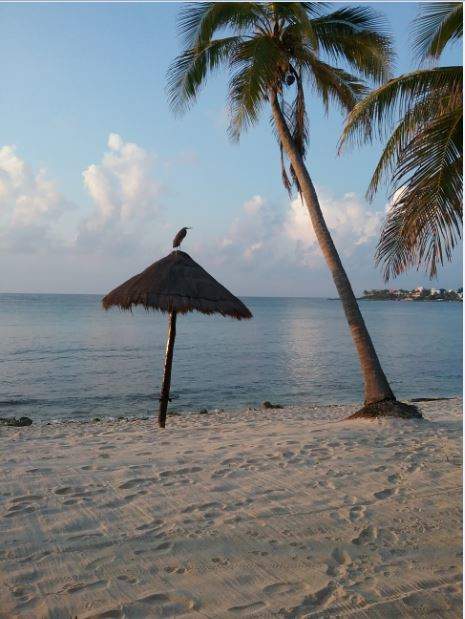 paradise I had always dreamed of. My husband practically had to drag me away!

I was a huge reader as a child and had read James Michener’s Tales of the South Pacific. His descriptions of the tropical islands piqued my imagination and I would doodle palm trees in the margins of my school notebooks during the cold, snowy winters in Connecticut. I never really expected to see places like that and, suddenly, there I was: AKUMAL! Not an island, but certainly paradise!

When I read the State Department’s travel warning in August, my first reaction was: “Oh, no … really!?” My heart hurt for my beloved Akumal and the people who would be impacted by this advisory, the lovely citizens of Quintana Roo whose livelihoods depend on the tourist industry. I actually was astonished because I never feel safer than when I am in Akumal.

In the United States, we have unexpected incidents of school shootings, cars driving into crowds of people, parents killing their children and more. You are all aware of the international scene of terrorist bombings and atrocities against humanity. There is plenty of crime where I live in Sacramento, California, and I know not to wander into “iffy” neighborhoods.

The increases in violence that are noted in the travel advisory state that “U.S. citizens have been victims of violent crimes, including homicide, kidnapping, carjacking, and robbery” in Quintana Roo and in Baja California Sur. While this is true, Americans were not being targeted and were innocent bystanders in the midst of a drug cartel turf war. Being in the wrong place at the wrong time can happen anywhere, unfortunately, but I cannot live with the idea that I can never leave my home because of this.

I have been asked frequently what I think about traveling to Mexico now. While this is a very personal decision based on your own comfort level, I truly feel much safer when I go to Akumal, Playa, or Tulum than I do at home! The ocean, the culture, the food, the people are very much worth a trip to my favorite part of the world. So pack your bags and come to Mexico! 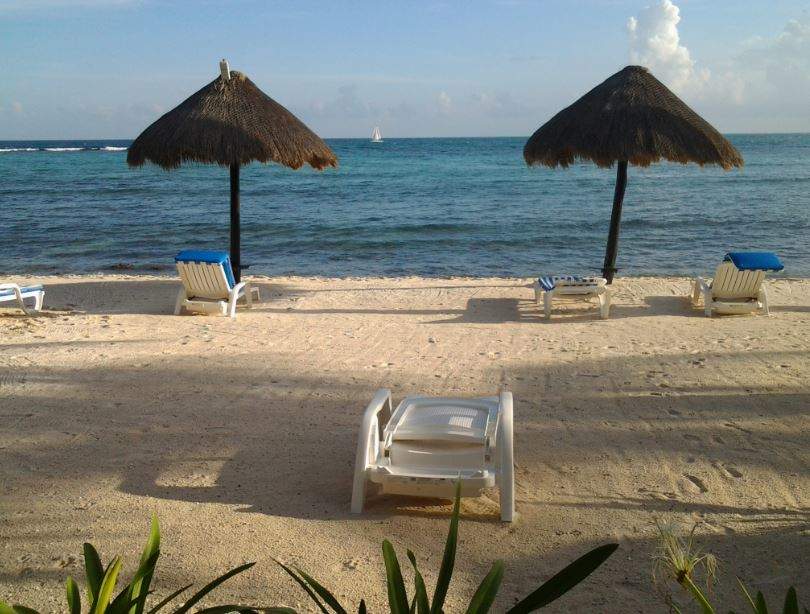 Don’t freak out over U.S. travel warning about Cancún and Los Cabos. Here’s why.

The U.S. State Department’s new travel advisory warning Americans about the risks of traveling to Cancún and Los Cabos should not be taken too seriously. Compared to some crime-ridden U.S. cities — or the deaths from recent U.S. mass shootings — these Mexican resorts look like safe havens.

The Aug. 22 U.S. travel advisory added the two Mexican tourism resorts, which get millions of foreign tourists a year, to their list of dangerous places around the world. Quintana Roo and Baja California Sur, the states where Cancún and Los Cabos are respectively located, have seen a surge of shootings between rival criminal groups in recent months.

In both cases, the State Department advisory says that “while most of these homicides appeared to be targeted, criminal organizations [and] turf battles between criminal groups have resulted in violent crime in areas frequented by U.S. citizens. Shooting incidents, in which innocent bystanders have been injured or killed, have occurred.”

Granted, homicides have risen sharply in Cancún and Los Cabos, and are rising across Mexico. A growing U.S. demand for heroin is leading to greater turf wars among drug cartels. Also, the extradition to the United States of drug kingpin Joaquin “El Chapo” Guzman has triggered a bloody power war within his Sinaloa Cartel.

But when you compare these figures with homicide rates in major U.S. cities, they look small.

In numbers of murders, Quintana Roo’s 169 murders during the first half of this year were about half of Chicago’s 328 people killed over the same period, according to the Major Cities Chiefs Association, a professional association of police chiefs and sheriffs.

The drug violence in Cancún and Los Cabos drew big headlines recently. There was a June 15 shooting in Cancún that left one dead and two wounded, and another shooting on Jan. 5 in nearby Playa del Carmen that left five people dead. And in Los Cabos this month, another violent incident left three people dead.

Those are frightening events that deserve to be taken seriously. But they should also be put in context: If you are alarmed by these gang wars in public places that resulted in a handful of deaths, you should also remind yourself about the 49 people who died in last year’s mass shooting at the Pulse nightclub in Orlando.

To their credit, Mexican officials didn’t go ballistic over the latest State Department travel advisory. Mexico’s Secretary of Tourism de la Madrid said his country sees it as a “wake-up call” for Mexico to be more effective in combating organized crime.

As a frequent visitor to Cancún and the Riviera Maya cities, I am often asked by friends whether it’s safe for them or their children to travel there.Here’s what I tell them: No place is entirely safe, including any major U.S. city or any small town where a psychopath armed with an easily accessible semiautomatic gun can shoot down dozens of people. In almost any place today, you run the risk of being an innocent bystander caught in the wrong place.  It’s just that the State Department doesn’t spell out dangers in U.S. cities.  They should.